Sidewalk Labs: The Future of Toronto? 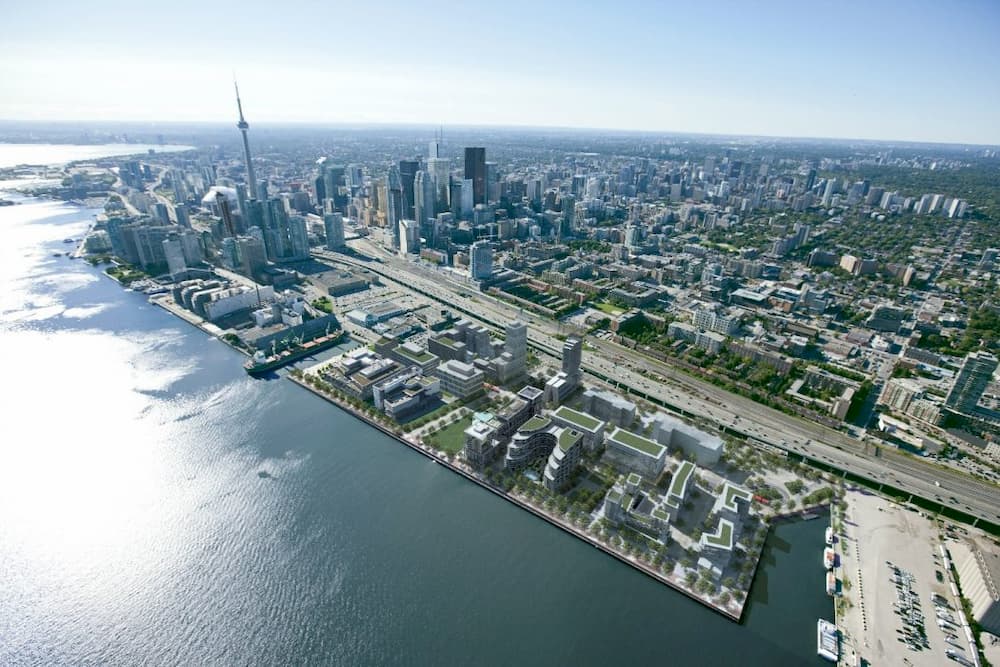 Toronto is one step closer to getting its first “smart” community, but there is still a long road ahead. Since 2017, Sidewalk Labs, a Google sister company, has been working closely with Waterfront Toronto to transform Toronto into the global hub for urban innovation. But soon after winning the bid to turn an undeveloped area of the waterfront into a futuristic urban community, the project went from well-received to massively controversial.

The first development plan took Waterfront Toronto by surprise and placed the deal on the chopping block. Why would Toronto want to potentially give up on a smart city plan that would bring in countless jobs, more housing, and boost Toronto’s big tech future?

Find out what Sidewalk Labs is planning for Toronto, how we got here, what the recent developments include, and where the project is headed.

In 2017, Waterfront Toronto issued a request for proposal (RFP) for the development of 12 acres in the eastern waterfront area known as Quayside. The RFP set objectives to develop a world-class community that would attract innovative businesses, create affordable housing, and also is more sustainable.

Sidewalk Labs pitched to design a new kind of community that blended digital technology with a people-centric neighbourhood in exchange for using Toronto as a Beta test for similar smart city developments worldwide.

The opportunity to have the most innovative neighbourhood in the world was exciting, to say the least, and Sidewalk Labs was awarded the bid. But the RFP was only the first step into laying the groundwork for their grand vision. Sidewalk Labs was required to develop and present a Master Innovation and Development Plan (MIDP) before being granted any final approvals to proceed with their “smart” city design.

In June 2018, a 1,500 plus page Master Innovation and Development Plan (MIDP) was made public.  It outlined a number of new proposals that came as a shock to Waterfront Toronto, including developing an additional 190 acres of land adjacent to the Toronto Port Lands, assembling its own planning and infrastructure, owning the vast amounts of data it collected, among other controversial concessions. In short, Sidewalk Labs wanted a certain level of control for putting in their technology, which had not been discussed or presented before.

Waterfront Toronto issued an open letter to the people of Toronto in response that stated that they had very different views. This opened new talks with Sidewalk Labs to find a solution that would work for both parties. Both sides set an October 31, 2019 deadline to resolve some of the fundamental issues at hand.

Further questions arose following the leak of a confidential 2016 internal paper known as the “Yellow Book” that outlined the company’s earlier vision. It contained details on how Sidewalk Labs planned to collect extensive data on people, collect its own property taxes, create its own public services and criminal justice system, as well as start a new currency for community cooperation and data sharing. This created protest and public outcry, placing more pressure on Waterfront Toronto to scrap the plan or renegotiate it.

Instead of walking away, Toronto pushed back as it felt Sidewalk Labs was pushing certain boundaries. After months of intensive negotiations, on October 31st, 2019, Sidewalk Labs agreed to all of Toronto’s demands and signed off on a reduced footprint of 12 acres and reduced control. The new plan offered more digital constraints that would alleviate some of the privacy concerns that had been raised and it also returned data governance powers back to Waterfront Toronto.

Where the Project Is Now

The deal isn’t 100% complete. A final decision by Waterfront Toronto on whether or not to proceed has not been made as of yet. They have until March 31st, 2020 to evaluate the updated proposal and make a decision. Until then either side can opt-out.

To learn more about development opportunities in Toronto, contact us at the Medallion Capital Group today.